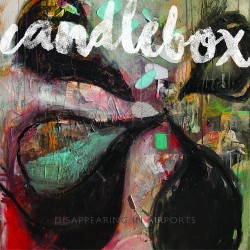 Candlebox is one of the most influential multi-platinum rock bands to come out of the Alternative Rock music movement. Known for introspective, poetically candid songs that stood out among the music scene, the band’s “Far Behind” and “You” singles are still two of the most played recurrent songs on Rock and Alternative Radio. Their new single “Vexatious” proves to be next in line with its infectious and “true to its roots” Candlebox signature sound. Their five previous full length releases remain favorites amongst the band’s rabid fan base with their new sixth album, “Disappearing in Airports” being eagerly anticipated. Candlebox continues to write and redefine Alternative/Rock music with an identity, intellect, and honesty that has led to over 5 million albums sold domestically since 1993.